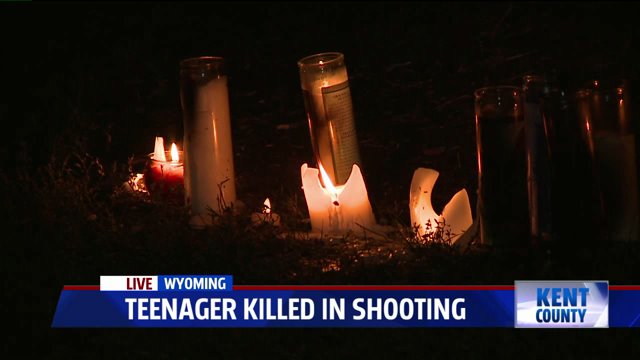 WYOMING, Mich. -- Wyoming police have a suspect in custody after a teen died at Metro Hospital from a gunshot wound Sunday morning.

According to a release, police were called to the hospital at approximately 2:30 a.m. after 17-year-old Tacarhri Richardson was dropped off with a gunshot wound.

Richardson was pronounced dead at 5:07 a.m.  The suspect, also 17 years old, has not been identified.

Friends and family gathered outside Godwin Heights High School Sunday evening to hold a vigil in Richardson's memory.  They tell FOX 17 that the shooting happened at Hall and Division, but that information has not been released by police.