Rare disease could come right from your medicine cabinet 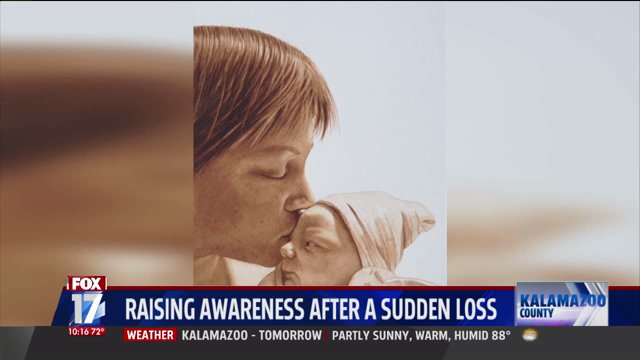 KALAMAZOO, Mich.—A West Michigan family is sharing their story to raise awareness about a rare syndrome many don’t know too much about. They didn’t either when it blindsided their family.

A loved one was suffering from what they thought was flu-like symptoms from a bug bite, when sadly it turned out to be much worse.

The disease is called Stevens Johnson Syndrome or SJS. It’s an extremely rare disease that is most commonly caused by antibiotics like penicillin or Bactrim. It impacts less than 1 percent of the people who use them each year.

24-year-old Cassandra Campbell’s family says she got the disease from some medicine she was taking for a bug bite, which spread quickly and took over her body and eventually took her life.

“It was tough, it was tough. It’s the biggest fear I ever had was losing one of my children,” said Cindy Shoemaker, Cassie's mother.

Cassie’s parents’ eyes filled with tears as they remembered their daughter’s life blossoming, and just as quickly it was taken away.

“There were a lot of people crying in the room that day,” said Tim Campbell, Cassie’s father.

Cassandra just had a baby on June 29, but only three weeks later she was gone from SJS.

“She was a brand new mom, and it was taken from her,” said Cindy.

Cassie’s professional life took off as she found not only a job but a new passion. She had just started a new profession, working side-by-side with her father.

“I was glad one of my kids wanted to pursue art,” said Tim.

She was learning to become a tattoo artist with her father, and her first sketch was a tattoo she designed for her mother.

“When I went back into my art studio, her sketch was still taped to my light table. It makes it really hard for me to go there right now,” said Tim.

Stevens Johnson disease is what took Cassie’s life, but it took days to diagnose.

“She had been bitten by a bug, we assumed. She was nursing at the time, so we got antibiotics, and they put her on two different ones,” said Cindy.

After that, Cassie went to the ER two different times in the next several days for flu like symptoms and a rash. A few days later, her mom got a disturbing call.

“I got a call from her boyfriend saying she couldn’t see. Her eyes were all matted shut, and she couldn’t walk on her feet,” said Cindy.

Cassandra was rushed to the hospital on July 13.

“It was a nightmare all of a sudden,” said Campbell.

The nightmare just began for Cassie. They diagnosed Cassandra with SJS on the 14th of July. Her rash got exceedingly worse. They admitted her into the Bronson Burn and Wound Center. Blisters covered her body, and even after they were scrubbed off, and wrapped it would come back.

“They actually didn’t know at first what was causing it, and they called doctors around the world,” said Cindy.

Cassie’s skin was essentially blistering, and falling off of her body. Doctors say once the disease starts, it’s treatable but not always curable. Even though the disease has been documented in literature for years, they are unsure what the singular ingredient in the medications is causing it. Essentially the tissue in her body was breaking down. In her final hours, doctors performed CPR on her three separate times.

“Then the doctors came up to me, and they just told me they were sorry and they couldn’t save her,” said Cindy.

All Cassie’s parents could think of at that moment was that they wish they would  have known that what they thought was just a rash was capable of taking daughter away from this earth.

Pharmacy doctors say the disease has little awareness because it’s so rare. The disease can affect everyone differently. It depends on genetics and what medication you are taking and for how long. It’s a case-by-case basis.