‘It’s not for everybody:’ Titanium Triathlon pushes athletes to the extremes 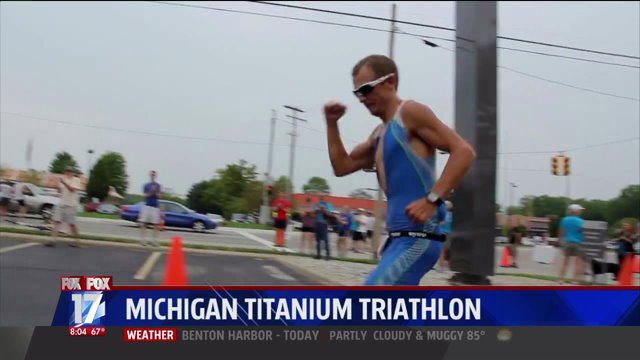 Hundreds of athletes pushing themselves to the limit in the state`s only "full iron distance" race. 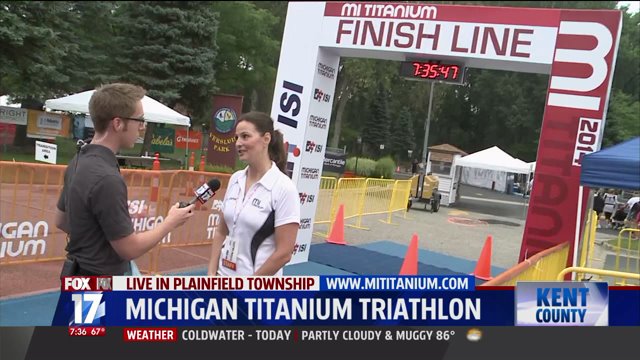 The race began at 7 a.m. with athletes diving in for a 2.4 mile swim before moving on to a 112 mile bike ride and then finishing up with a 26.2 mile marathon.

Sunday's event was Greg Hohenberger's second triathlon in just weeks. “You can’t comprehend how far it is until you’re out there doing it," he said before the race began. “It’s not for everybody, it’s just kind of internal, you have to want to really push yourself as hard as you can and see what you can do.”

Hohenberger was one of about 450 people competing Sunday in the event which also include a half iron race, duathlon or relays in each event.

The Titanium Triathlon also bears the distinction of being Michigan's only "full iron distance" race, according to Ann Vidro, a co-director for the race.

“We are the only full iron distance event in the state of Michigan and what that means is we bring in people from all over the country right here to Grand Rapids to do this event," she said.

Being a triathlete herself, Vidro says she understands first hand why so many people can't help but test the limits of physical competition.

“Coming across the finish line after training for months on end, there’s nothing like it," Video said. "It’s very addicting and that’s why I think you see some athletes who give this a try and they stick with it.”

Ashley Mills,who was on the sidelines Sunday cheering on her father in the triathlon, become emotional when discussing just how important it was her family be there to show their support.

“It’s so exciting, he’s trained so hard everyday," she said. "t’s just really, really exciting, because I don’t get to see him very much so it’s a really big moment."