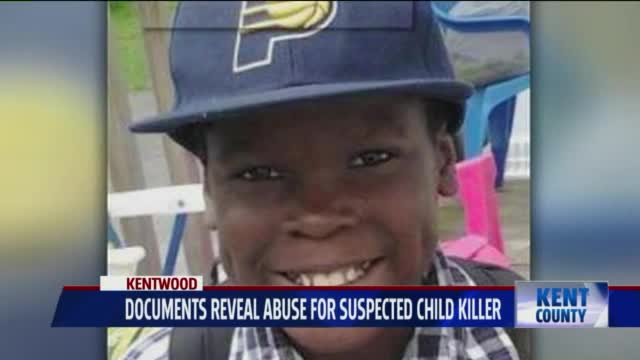 The paper work details a history of "severe physical abuse" against Lawhorn at the hands of his mother and step-father.
The documents say there was a minimal amount of food, no sheets or bedding on children’s beds, and clothing scattered throughout the home where Jamarion Lawhorn lived with Anita Lawhorn, Bernard Harrold and his three siblings.
Those papers also say that utilities at the home had just been turned off and, despite a monthly household income of $3,000, they were in the process of being evicted.
The documents reveal that Lonnell Washington Sr., Jamarion’s biological father, has failed to provide financial and emotional support - and both parents had ignored warnings from child protective services that Jamarion needed mental health services, due to his significant behavioral concerns.
Anita Lawhorn had custody of her two daughters terminated in the 1990s in New York, citing severe physical abuse - including four unexplained fractures on her two-year-old and severe scars suggestive of cigarette burns on her three-year-old.
CPS had visited Jamarion's home in Kentwood twice, noting Jamarion was physically abused by both his mother and step-father.
Documents show when Jamarion was taken into custody after Verkerke's murder, he was covered in bruises. He told police they were cause by his step-father.
Anita Lawhorn told police that Harrold threatened Jamarion daily with a “whoppin.”
Both Anita Lawhorn and Harrold tested positive for cocaine, the same drug police found in the bathroom of their home.
All three of Jamarion`s siblings have been placed with relatives as a case to terminate parental rights moves forward.
The court documents add that the family may be a flight risk as Jamarion sits in a juvenile detention center facing charges of open murder.
He will be back in court for a pre-trial hearing on September 23rd.
He's pled not guilty and is being prosecuted as an adult.