Neighbor of arrested youth pastor: ‘I was shocked’ 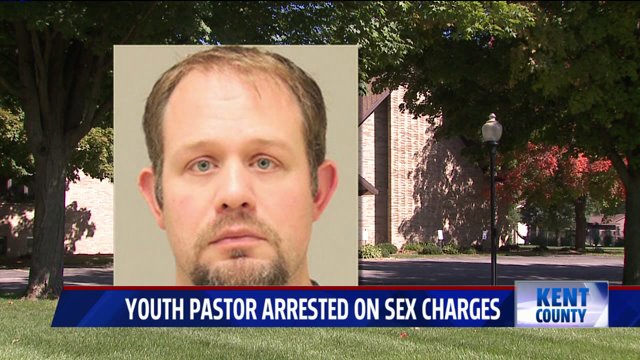 A neighbor said that her husband was also arrested for child sex assault allegations last year. That neighbor has since moved on with her life without contact with her former spouse.

GRANDVILLE, Mich. -- A neighbor of a former youth minister at Grandville Baptist Church is speaking out after the preacher was arrested for allegedly sexually assaulting a teenage girl at his church.

Nancy Roebuck, 66, said that her neighborhood is no stranger to issues with sexual assault, adding that her husband spent time behind bars this year after being convicted of molesting a relative.

Roebuck has since moved forward with a divorce, and said that she knows exactly how both the family of the suspect and victims are feeling.

Investigators said that the suspect, Jeremiah Behrens, 34, used his power and authority working as a youth minister at the church to lure his victim.

"This man across the street who is a youth pastor, it's the same thing. He's a man, yes. He's a man of God, but he made choices," said Roebuck.

Behrens turned himself in to Grandville Police on two counts of criminal sexual conduct on Friday.

"I was shocked. Right across the street again," said Behrens.

Investigators said that while working at Grandville Baptist Church, Behrens admits to getting too close to a teenage church member, and allegedly fondled the girl between January and May 2013.

Law enforcement said that Behrens didn't only see the girl at church, but also made visits to her school, holding her hand.

Roebuck said that with the outpouring of support she received from neighbors while divorcing her husband following his child molestation conviction, she was surprised that Behrens, being a youth minister, never stopped by to offer prayer and support.

"There's not anything in my life that's left normal. Not one part of my life, and at my age, it's hard to start over," said Roebuck.

Roebuck said that for Behrens' alleged teenage victim, it's important for her to not carry any of the guilt.

"You listen to each other. You talk. You talk a lot about it, and you don't cover anything up," said Roebuck.

As for Behren's spouse, Roebuck said that she knows the pain having dealt with a similar situation.

FOX 17 has left messages to Grandville Baptist Church, but so far they have been silent on the issue.