Behind the scenes with Five Finger Death Punch 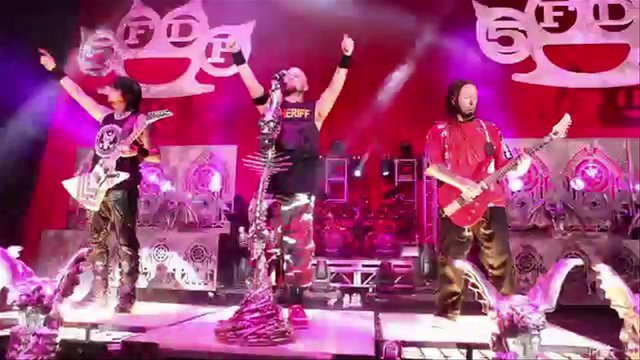 The heavy metal band talks about their new double album, their efforts to help those who serve our country, and much more.

WALKER, Mich. -- The heavy metal band Five Finger Death Punch is currently on tour in support of their latest album, and they recently played to a sold-out crowd at the DeltaPlex Arena in Kent County.

We had a chance to catch up with guitarist Zoltan Bathory, who talked about how the new double album "The Wrong Side of Heaven and the Righteous Side of Hell" came together, as well as the band's efforts to raise awareness for those who serve our country.