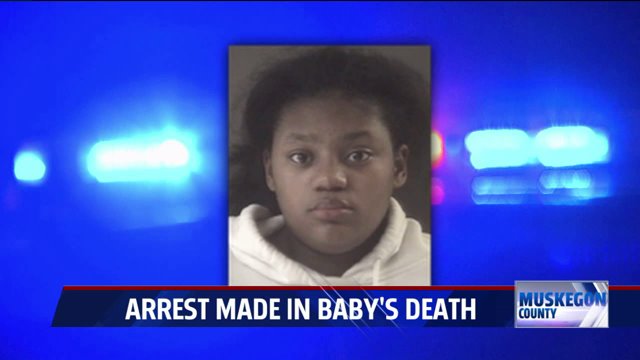 MUSKEGON, Mich. — Following the gruesome discovery of a dead newborn baby Monday afternoon behind a senior living complex in Muskegon, a teen is now in custody.

A 17-year-old woman, believed to be the baby's mother, was taken into custody Monday night, according to sources.

The teen is a senior at Muskegon High School, John Felske the district superintendent confirmed Tuesday. Felske said the school would be bringing in counselors and briefing staff on the situation.

The infant's body was reported at around 2:50 p.m. in the area of 347 Shonat Street outside the Trinity Manor Senior Housing Complex.

"I think it’s really bad and I’m sorry it happened, I just can’t get over how they can do that sort of thing to a little baby," said Dee Salazar, who's lived at the complex for four years.

The baby “appeared to have been exposed to the elements for a period of time,” according to a release from police.

Muskegon Police later confirmed to FOX 17 they now believe that baby had been born in October and buried shortly after.

Initially following the finding, police said an arrest was 'imminent' and they had been interviewing a person of interest.

Muskegon County Jail records show Jessica Brewster, 17, was arrested Monday on a pending homicide charge. Her arraignment is also pending. She will likely be in court Wednesday as the courts are closed Tuesday in observation of Veteran's Day.

If charged, the suspect would be charged as an adult, according to the Muskegon County Prosecutor's Office.

The State of Michigan does have a "safe haven" law allowing individuals to leave a child up to three days old at an emergency service provider, like a hospital. police station or fire station, no questions asked.

Advocates with 'Baby Safe Haven,' a national group that tracks abandoned infant cases and works to educate young women, argue enough isn't being done to help young teens realize they have options in a situation like  this.

"Our mission is to spread the word about the law," said Regan Self, a 16-year-old advocate for the group based out of Kansas.

“Personally if I was in this position its really hard to think about how panicked I would be if there wasn’t an outlet or a way out so basically what I’m trying to show is there is a way out and you don’t have to panic.

"There’s no reason not to use and take advantage of this law.”