Snow removal services gear up for the season with higher rates 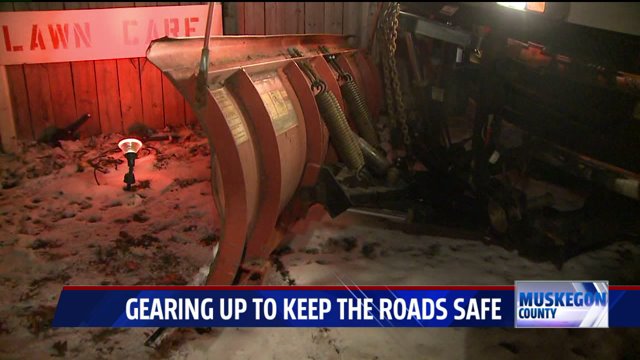 MUSKEGON, Mich. -- It looks and feels a lot like Christmas in some neighborhoods in Muskegon; Christmas songs are playing, decorations are hung, snow is on the ground and freezing temperatures are here.

"I was a little caught by surprise, because here we are in the middle of fall cleanups and you got to get all that lawn equipment put away, but yet you got to get everything ready for your plows and salter," said Jamie Mikelson, owner of Mikelson Plowing.

Mikelson was most surprised because it's still autumn and six inches of snow and below freezing temperatures have her plowing company gearing up.

"I try to get as much sleep as I possibly can because I don't know how long I'm going to be out there," said Mikelson.

With six inches falling she says that will take her 24 hours to clear all 56 residences and eight businesses she was hired to take care of. The cost that goes into maintaining the equipment she needs to do that isn't cheap.

"When the snow gets ready to come you got to get your plow serviced and everything changed, make sure everything is working good with the hydraulics system. We just had a new system put in this year a total of $2500 to get it serviced," she said.

Plus the $1100 she spent to get the 2500 pounds of salt she's hoping will last through the winter.

"The price of salt almost doubled and if lots of people need salt and everything, it makes salt prices go up," said Mikelson.

Jamie has one thing on her side; gas prices went down.