Many snow plowing companies booked for season, while tow services backed up for hours 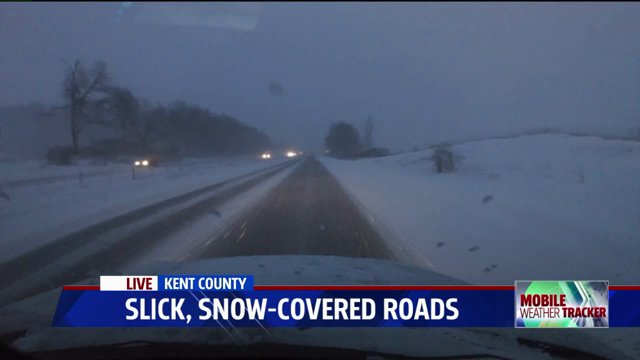 KENT COUNTY, Mich. – After last winter, and with this somewhat early snow fall, many local snow removal companies said they are booked; and it’s unprecedented.

But despite the fewer calls, Grand Valley Towing Owner Steve Vroma said priority calls, coming from police or cars stuck in a ditch, are waiting up to 90 minutes for service.  That wait is not long compared to the wait for non-priority traffic calls, which Vroma said take between six to eight hours.

Vroma also said many companies like his are having a difficult time hiring tow truck drivers. He also warns other drivers to slow down and move over whenever you see emergency responders working on the roads for their safety and yours.

“If a cable breaks when they’re pulling you out of a ditch, that cable’s coming at you,” said Vroma. “If you’re in that lane it may hit you.”

“We booked up probably mid-October, and it was unreal how fast we filled up,” said Ditkof. “Right now I’m getting probably 60 to 70 calls an hour, asking if we’re taking more snow plow people. We’re not.”

“You figure we’ve got probably seven, eight inches already and it’s the middle of November,” said Ditkof. “We’ve got three to four more months left yet. It’s going to be a long haul.”

Groesser said if you do get into an accident and call 911, make sure to know your exact location by providing as much information as possible, like the nearest mile-marker.