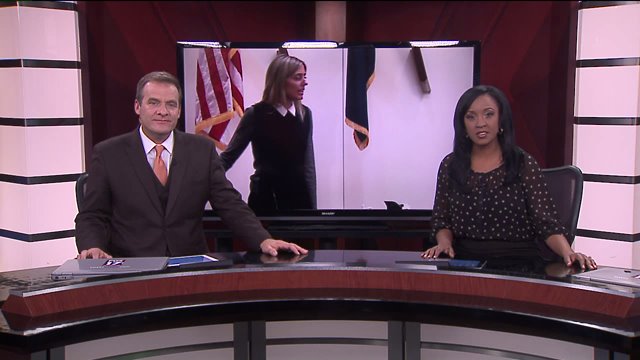 FRUITPORT, Mich.—We’ve seen more than enough slide-offs and crashes this week, some dangerously close to or even in the water. It’s scenarios like these that law enforcement work to be ready for, which was the case in Muskegon County on Friday night.

The dive and rescue team for Muskegon County Sheriff’s Department believes practice makes perfect, and with these freezing conditions they can get a call at any moment, so training is essential.

“It’s a dangerous time of the year, so we want to make sure we have our gear ready,” said chief diver Chad Woodward.

Woodward says every winter is different, sometimes they won’t get any calls, but they already have this year.

“Recently we had a call into the river to extract a truck out of the water,” said Woodward.

The divers wear dry suits that provide warmth in the sometimes below zero temperatures.

“It keeps us warmer. You’re still not warm though,” he said.

The biggest scare for the divers is the freeze-ups that can happen in their regulators, which make it impossible for them to breathe.

“It freezes up while you’re underwater, and that’s a real danger. We try not to panic because panic is death, so we try to avoid that,” he said.

Andrew Heykoop, who joined in May, is the newest member on their team. He’s already been on four rescues, one of which was his first time in freezing water. He says the chance to save someone’s life far outweighs the risks that come along with it.

“I love it. It’s a way to give back to the community,” said Heykoop.

The main priority of their training Friday night was to try out some new communications equipment they received that allows them to talk underwater to the person on shore.

Their rescue team is a non-profit organization that buys their equipment from donations.