Putting a stop to dangerous intersections near schools 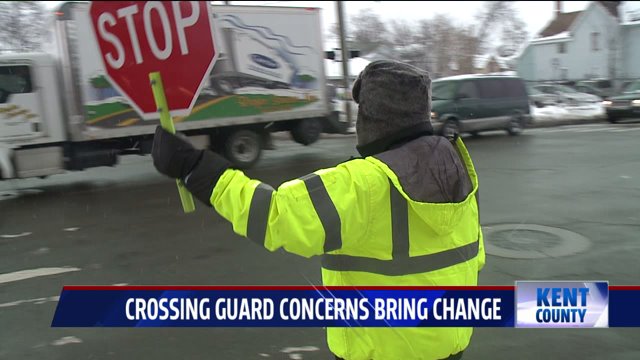 GRAND RAPIDS, Mich. — Safe passage for kids to school is a focus for both parents and administrators in every West Michigan school district, but trouble at a Grand Rapids intersection has crossing guards raising a red flag. Crossing guards tell us drivers speed through the intersection of Grandville Avenue at Hall Street, disobeying traffic laws and putting kids at risk.

Crossing guard Sharon Wayer showed us tire tracks that tell the story of what parents and crossing guards fear the most at that corner. “If you want to look at these tire tracks with the semis, semis turn the corner here, and if the kids were standing here, look at this: they would get crushed," Wayer said.

The intersection is close to Cesar Chavez Elementary School in Grand Rapids. Principal Aime Garcia says, “some of the biggest issues is the traffic, semis, the cars, and the amount of kids trying to cross.”

Our cameras were rolling as kids were getting out of school. The traffic at times was bumper-to-bumper.

Parents say drivers blow past crossing guards such as Wayer, who has at times had to back up to avoid getting run over. "When this light turns red, the car tries to beat the yellow light, and the car behind it goes through it," said Wayer. "Then we have a problem. Our kids like to run out as soon as I get out the, and they don’t stop all the time for me."

Their problems are not unique. Many schools have similar issues: vehicles and semi trucks traveling through an intersection near a school.

"As a district, we are meeting with the city manager and his designees to develop a more comprehensive district wide approach," said Grand Rapids Public school spokesperson John Helmholdt.

The approach will make some intersections near schools safer. The district has compiled a list of areas near schools that need some work.

The district checked out what was happening at Grandville and Hall, and changes were made. "The lights are red longer to allow time for  pedestrians to cross," Principal Aime Garcia said. "It stays red so that the kids can cross and pedestrians can cross before the lights turn green."

The school worked with Roosevelt Park Neighborhood Association and the district to make the changes happen, and there is more to come, “and we are going to get flashers that will be down at the cross walk south of Shamrock that will be the bright ones that kind of wiggle wag back and forth to try to get traffic to slow down.”

Changes that parents and crossing guards hope will make a difference.