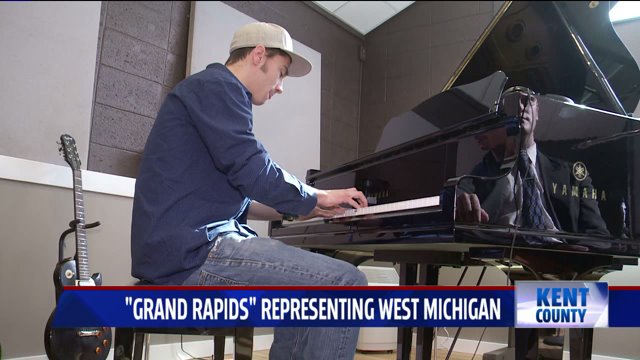 You may not have heard of him yet, but he wrote a song and made a music video about his hometown. The song is called, "Grand Rapids."

Zac sat down with FOX 17 and talked about his song and the blossoming music scene right in our own back yard, hoping his debut music video will launch his career to the next level.

"There is such a home aspect, I love Grand Rapids," said Quist.

The 23-year-old self-made musician has been writing songs and is now making music videos with the help of local artists. His new song, "Grand Rapids," is one many in the city can relate to.

"There’s a lot of beauty hiding in our city and I just want it to be seen," said Quist.

"I think what’s good about that is that it’s an easier starting point now," said Wallace. "Artists can start without having to drop a whole lot of money without starting a demo. There is a lot of great talent in Grand Rapids. I'm always blown away by what I see around town."

Inspired by local artists, Zac is writing and recording with friends of his own.

Zac says he's following his heart and encourages everyone to get out and support the city's local musicians.

You can catch Zac perform live at local venues in Grand Rapids, including the The Drunken-Retort held Monday nights at Stella's Lounge.