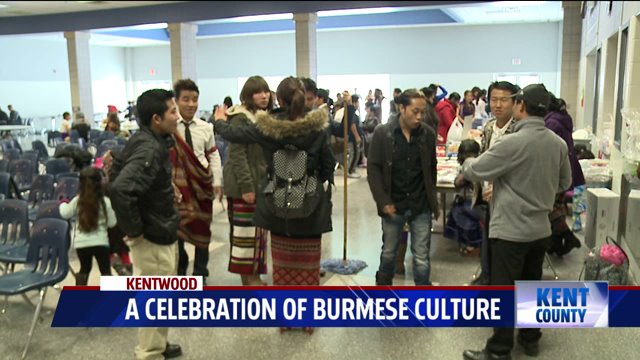 Chin National day is to remember that back in 1948 the Burmese threw out their feudal system and adopted democracy, separating themselves from Great Britain.

Burmese have been suffering persecution since a civil war broke out in 1962. A lot of them have found their home in America, some of them right here in West Michigan becoming one of our largest refugee groups.

The event consisted of festive attire with , hot food, and traditional Burmese entertainment.

“Today is very important for our Chin people,” said chairperson of the event, Cheng Maung.

Maung is one of the 500-1000 Burmese refugees that live in Kent County. Kentwood Mayor Kepley attended the event too.

“For them the event is about freedom and living in a place where they are free, and not endangered or losing their lives,” said Mayor Kepley.

The event was open to all who wanted to connect and learn about their Burmese neighbors.