Father fighting to use medical marijuana concentrates not protected under law 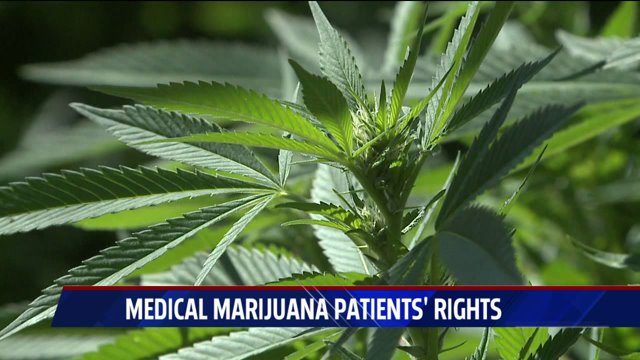 Max Lorincz told FOX 17 has suffered years of pain from a long list of ailments, including herniated back discs and severe celiac disease. Yet when he started to use prescribed medical marijuana edibles and concentrates, his pain faded.

Here’s the hook: even though Lorincz has a medical marijuana card and thought he was following the law, marijuana concentrates are not necessarily protected under the Michigan Medical Marijuana Act.

“If nobody stands up for this and it just keeps going the way it is, how many more people are going to get thrown under the bus just for using their prescribed medicine?,” asked Lorincz. “It’s just ridiculous.”

Lorincz said he is fighting for his health and the freedom to take the prescriptions that take his pain away: medical marijuana edibles and concentrates, like butane hash oil.

“When I got on the edibles, it was able to calm my stomach down enough and get things under control better than any medications they’d prescribe me,” said Lorincz.

Recently Lorincz was charged with felony marijuana concentrates possession. As he awaits court, the judge ordered him to be drug tested. Now he said he is forced back on powerful painkillers; pills Lorincz said make him feel like a zombie.

“I’ve had to go back to the narcotic pain medications and it’s just terrible,” said Lorincz.

But here’s another problem: under the current Michigan Medical Marijuana Act, “usable marijuana” is defined only as the dry leaves or dry flowers of the plant. Under its section four, users are protected to have up to 2.5 ounces of “usable marijuana,” not concentrates like Lorincz depends on.

“Concentrates are not presently defined under the Act and therefore, according to the People v. Carruthers, don’t qualify for section four immunity,” said Nicholas Vander Veen, attorney with Smith Haughey Rice & Roegge.

“However, users of medical marijuana can find affirmative defenses under section eight of the Act, and they meet a certain set of factors, they’ll be able to prove their innocence via that method.”

Lorincz said he filed for section eight immunity, but the case is now in the hands of his court appointed lawyer and the court system.

“When I follow my doctor’s recommendations that’s when my health started to get better; going back and following what the judge is saying, my health is just deteriorating ever since. So it’s a scary road I’m going down, but I have to comply with what they’re asking and I just don’t know what else to do.”

There is legislation pending that would amend the Michigan Medical Marijuana Act to include perhaps a more specific definition of “usable marijuana.” However, this House Bill 5104 has been hung up for months, after the Michigan Senate referred it to a committee last August.