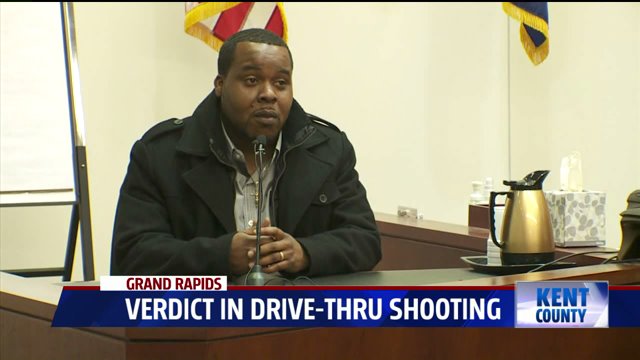 Shaneka Torres was found guilty of carrying a concealed weapon, intentionally discharging a weapon, and felony firearm, in relation to the Feb. 10, 2014 incident.

As reported in court, Torres was in the passenger seat of a vehicle that went through a McDonald’s drive-thru near 28th Street and Madison SE in Grand Rapids early that morning, then ordered a burger with bacon. However, employees gave Torres a baconless burger.

The defense argued that Torres was in a good mood that night; that she fired her gun, which was in her purse by her side, by accident. Wayne Woods, McDonald’s cash window employee the night of the incident, testified Wednesday that Torres was excited and flirted with him before the shot was fired; Woods said Torres gave him her number.

Evidence showed a bullet hole near the top of one sliding window at the McDonald’s drive-thru food window, about two feet above where that employee, Essence Lake, was standing. When the shot was fired, Lake had gone to check on the wrong order.

The prosecution argued this was not an accident. Lake testified that Torres gave employees an attitude when her food order was incorrect.

Torres faces up to seven years behind bars and will be sentenced April 21.