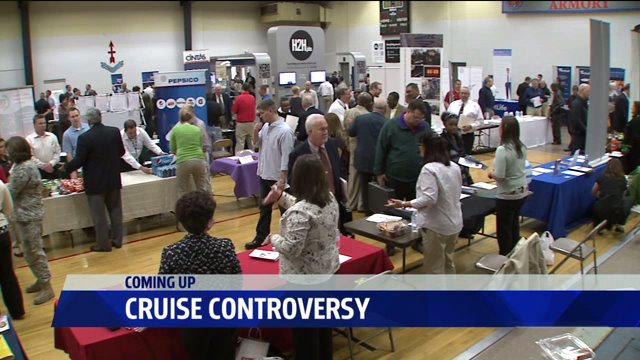 KALAMAZOO, Mich. - Gibson Guitar made it's Historical mark in downtown Kalamazoo almost 100 years ago. Now, the building is being taken over by Rock & Roll teens and pre-teens.

Believe it or not, some would argue Kalamazoo being the birthplace of classic rock. Gibson Guitar's original factory was build there in 1917 before relocating to Nashville Tennessee.

Today, the third floor has been taken over by a Band Director, Jeff Mitchell, and his dream of teaching children how to play music. Mitchell branched out his teaching, creating the Kalamazoo Academy of Rock.

"This is not a thing like, 'oh aren't they cute, look at the little kids up there strumming their guitars,'" said Mitchell. "People come in and they're amazed at what they hear in terms of how good these guys play."

And the students are not afraid to tell it how it is. Lucy Wallis, piano player and lead singer for the Monday band, said the class has transformed students into a full fledged Rock and Roll band.

"We're all like really good and we've bonded well together," said Wallis.

At the end of the semester, Academy of Rock is playing a gig in a real Rock and Roll club.

"I usually get nervous before but then I get on stage and I just have a lot of fun," said Wallis. "I’m really just trying to connect with the crowd and just making sure that they have a fun time.

100 feet away from where the band practices, one of the steeples for the Rock and Roll Community is crumbling.

"Right now the 70 foot smoke stack that still says, 'Gibson' on it is endanger of falling over," said Mitchell.

A fundraiser called, 'Save the stack' is in the works and hopefully coming to life this summer; saving a delicate piece of history and the cornerstone for the Academy of Rock.

You can watch all 4 bands at the academy perform May 1st at 7 p.m. downtown Kalamazoo at the Wild Bull for just $5.

Mitchell said new students are always welcome. For more information, take a look at their Facebook