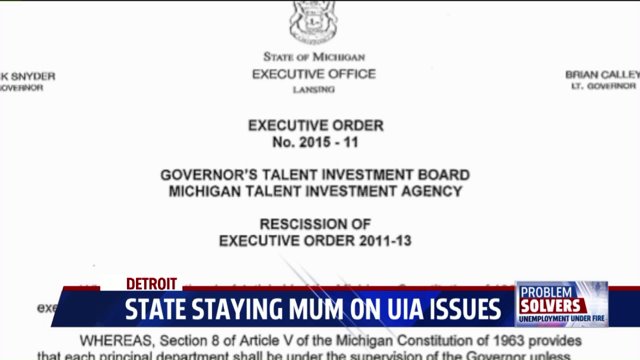 ANN ARBOR, Mich. -- David Blanchard is a partner at the Nacht Law Firm in Ann Arbor, which filed the federal lawsuit against the Michigan Unemployment Insurance Agency. The FOX 17 Problem Solvers sat down with him and one of the seven plaintiffs in the case.

You may recall, we sat down with the Sugar Law Center in Detroit. Sugar Law is an "institutional plaintiff" in the case.

Blanchard said he looks forward to their response to the issues.

He added, "It would be unfortunate, but I wouldn't be surprised if the state's position is that they've done nothing wrong and that this case should be dismissed. I know that's a common position that they take."