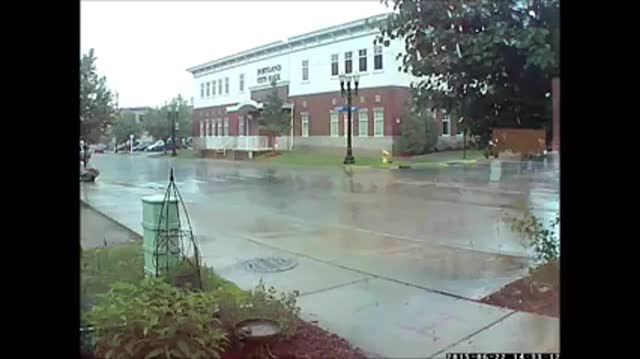 The video was provided to the Ionia Department of Public Safety by a Portland resident.  It was recorded at the Grider Insurance Agency, 310 Kent St., officials said.

Five people sustained minor injuries during the tornado.  Dozens of buildings, including roughly 70 homes, were damaged.