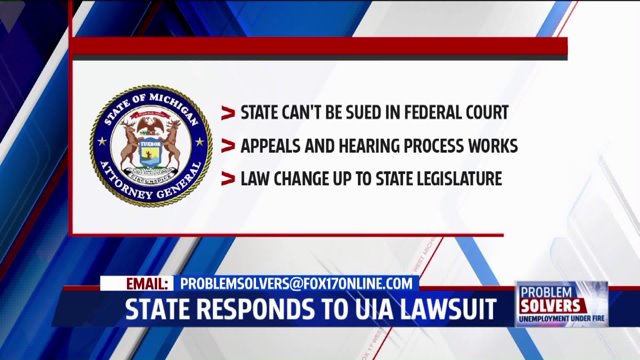 MICHIGAN -- The FOX 17 Problem Solvers got a hold of the state's formal response to a pending federal lawsuit against the Michigan Unemployment Insurance Agency.

Friday, the Michigan Attorney General's Office filed its formal response to the suit. It's 64 pages.

Among many claims, the AG's office says --

The lead attorney who filed the lawsuit against the state, David Blanchard, said he is reviewing the state's response. The FOX 17 Problem Solvers will let you know what happens next.