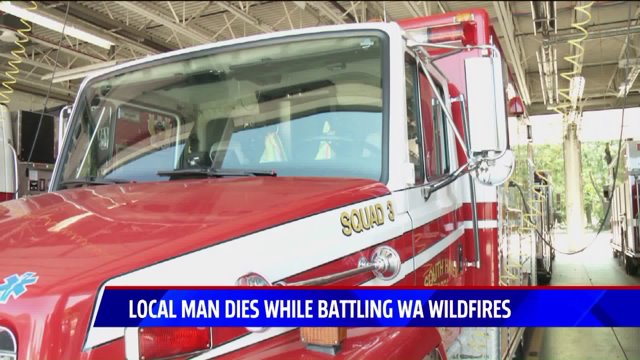 While working to battle the ongoing wildfires in several states, Wheeler and two others died when their vehicle crashed and caught fire near Twisp, Washington.

Wheeler, a career firefighter with the U.S. Forest Service, was from South Haven -- and a closer look at his family's past shows deep ties with fighting fires in the area.

The Wheeler Family spanned four generations as part of the South Haven Fire Department, a period of time that adds up to more than 120 years of service to the community.

The Wheeler lineage at the South Haven Fire Department all began with Frank Wheeler, who served at the station as chief back in 1893. However, his direct connection to the family is unknown.

As the fires continue to rage, the Michigan Department of Natural Resources  announced they will be providing employees with firefighting training to assist the efforts to extinguish them. As of last check, the DNR had sent 20 employees to fight the fires in California, Washington, Idaho, Montana and Oregon.