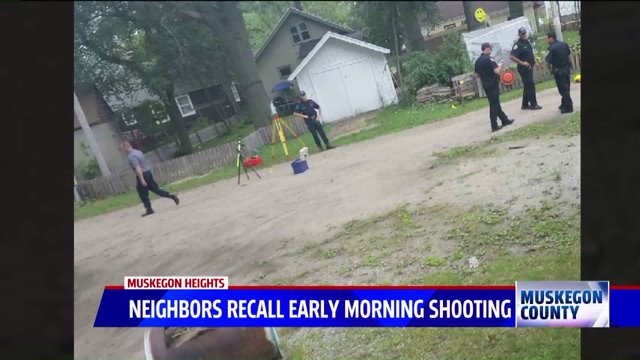 MUSKEGON HEIGHTS, Mich. -- A man was  found dead in an alley in Muskegon Heights after being shot several times.

Muskegon Heights Chief Assistant Prosecutor Tim Maat confirmed that a man in his early 20's was found dead after being shot several times at approximately 4:15 AM Saturday morning. His body was found in an alley near Morton Ave and Lincoln Avenue.

"Two black men wearing white t-shirts, black jeans and one of them had a design on the back of his t-shirt," Hill said.

This is the second shooting to happen in Muskegon Heights in two days, and the third this week.

Police haven't determined a motive for this most recent shooting, but as the violence continues to rise, so do the concerns of residents.

"Muskegon used to be a nice town, it's getting scary to leave your house, my heart goes out for the family of the victim, my deepest sympathies, it's a terrible crime, terrible hate; it's terrible to die all by themselves," Hill said.