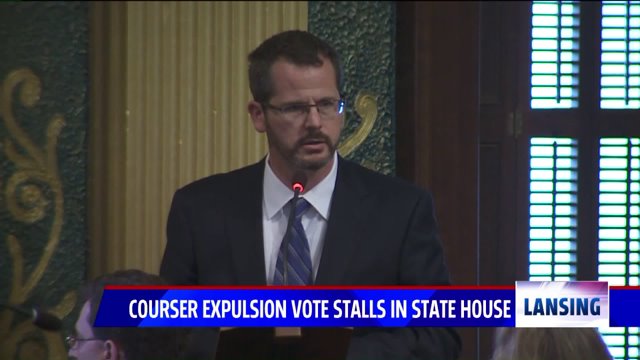 Earlier Thursday, a disciplinary committee passed a motion for the expulsion of both Courser and  Gamrat.

The committee voted Thursday morning for the expulsion of the embattled representatives who used state resources and a false email to cover up an affair.

The panel said the two conservative lawmakers should be expelled for misconduct and misusing taxpayer resources to hide their extra-marital affair.

A six member bi-partisan committee approved the resolutions in a 4-0 vote for each. Both Democrats on the panel abstained.

A two-thirds vote is required to expel Courser and Gamrat. They could be the fourth and fifth lawmakers ever to be expelled from the Michigan Legislature.