Cindy Gamrat to run for House seat she was expelled from 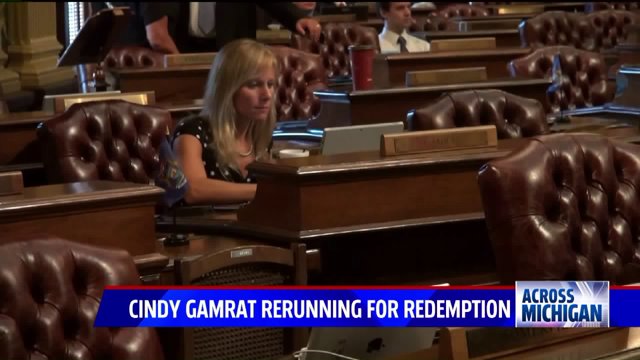 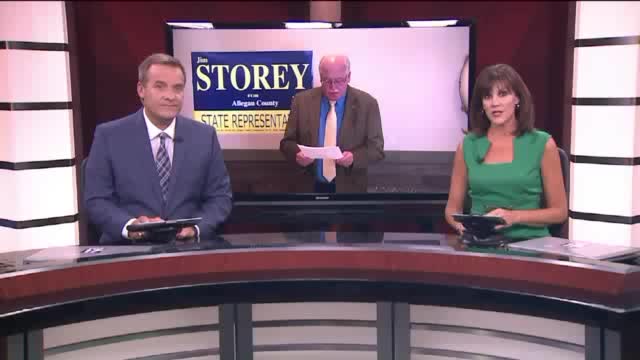 ALLEGAN COUNTY, Mich. -- Cindy Gamrat has filed paperwork to run for the same state House of Representatives seat that she was expelled from, according to the Allegan County Clerk's office.

"It's not easy. None of this is easy," Gamrat told FOX 17. "It's been hard, but rarely anything worthwhile in life is easy, and so sometimes you have to be willing to do the hard thing."

The Plainwell Republican is one of five candidates who have filed to run in a special election to fill her former seast. Mary Whiteford, Bill Sage, Shannon Szukala, and Kevin Travis are all also vying for the seat, according to the clerk's office.

Kevin Travis spoke with FOX 17 following Gamrat's announcement and said that it's time the county moves on from the scandal.

"I think yes, they are probably disappointed in that and the fact I think it's a sad chapter in Allegan County's history," said Travis.

Travis also said that he believes in family values and has worked to support his family while earning his law degree.

All of the potential candidates are Republicans. People interested in filing to run have until 4 p.m. September 18 to file, according to the clerk's office.  A primary election will be held November 3, and the general election for the seat will be March 8, 2016.

Gamrat said that she has the blessing of her family for her new campaign.

"I've been really, really impressed and inspired by my kids and how they've handled this whole situation," said Gamrat, "how they've handled having media at our home and, you know, just when they go out in public, what that's like. It's something we talk about every day."

The Michigan House expelled Gamrat, and Rep. Todd Courser, R-Lapeer, resigned after a House Business Office investigation showed they misused resources of their taxpayer-funded offices to cover up their affair.

Gamrat also said on Thursday that people who oppose her running "have a right to their voice and their opinion, too, and I would fight for them to have that vote as well. It goes back to one person, one vote and they have a right to cast their vote at the ballot box as well."

The investigation was started after audio recordings obtained by the Detroit News revealed Courser was planning to distribute a fictional email alleging he had sex with a male prostitute in order to hide his relationship with Gamrat.

Expelled ex-Rep. @CindyGamrat on running for her old seat: "I've always maintained that I thought the decision should be up to the voters."