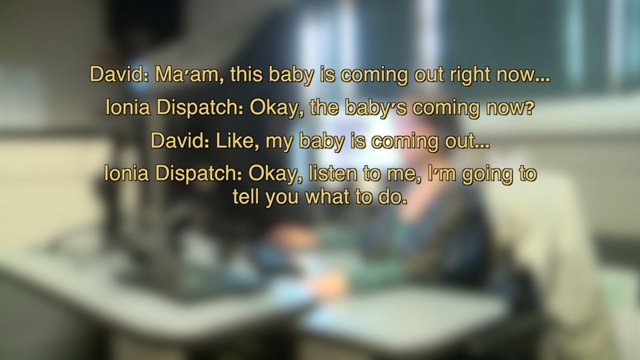 IONIA, Mich. -- A couple expecting their fifth baby were getting ready to go to the hospital, until the baby had a different plan.

A dramatic 911 phone call recorded the father, David Lee Piper, delivering his wife's baby in their own home Monday morning. Kathy Heydenburk, an Ionia County dispatcher of 17 years, took the call around 8:45 a.m. It was the first delivery phone call she's ever taken in her life, but she walked the couple through the entire thing.

Ionia Public Safety Officer Jennifer Skorka was first on the scene, and she said it was a great experience to be a part of.

"Oh it’s a great feeling," said Officer Skorka. "Usually you don’t deal with that side so it’s very nice."

The mother, Adriana Piper, 29, and her newborn baby are doing just fine at Sparrow Hospital in Lansing.

The family wasn't able to get a photo as of Monday night but hopes to in the near future.