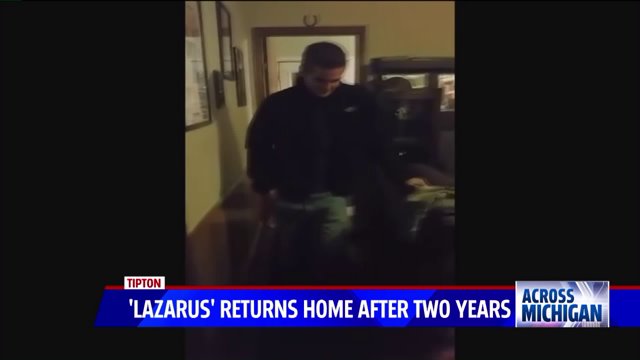 ANN ARBOR, Mich. - A dog named Lazarus is back with his rightful owner, two years after he went missing.

And his return was a big surprise to the man who lost him.

Mitch Rowe had just moved to his new home in southeast Michigan when Lazarus disappeared.  He found his collar in the yard.  He put up flyers around town, but had no luck.

Mitch's sister recently got a phone call from an animal shelter in Detroit.  Lazarus had been "microchipped" and the name and phone number on it were for her.  She called her brother and had him come over for a surprise and recorded the whole thing.

It appears as if Lazarus spent those two years living on the streets.  He recently got a steroid shot for a flea allergy, but otherwise is healthy and doing well.