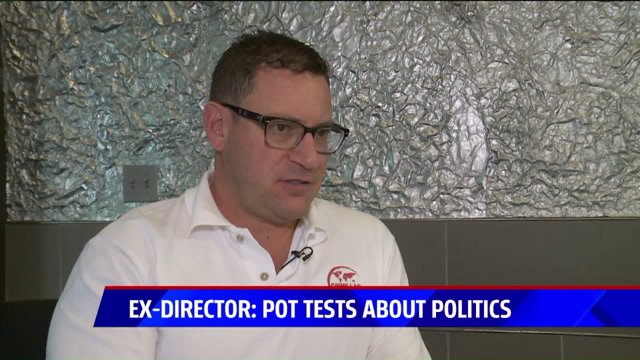 Former MSP Forensic Science Director John Collins told FOX 17 that he resigned from this role in 2012 due, in part, to these crime lab reporting issues: politics working to trump science.

“In my experience, it was just a non-stop political game that really got frustrating, and it wore down the morale of our staff, and it quite honestly, it wore me down.”

Collins served as director 2010 through 2012, when he said he surprised the agency by resigning; even after the 2012 success of helping earn MSP Forensic Science international accreditation with the American Society of Crime Laboratory Directors/Laboratory Accreditation Board.

“And if we don’t position ourselves as being in the science business, then we really start to go down a path that’s going to lead us to a lot of trouble. And that was very tough, because that was a major cultural, a different kind of a cultural message than had really been communicated before.”

Collins said forensic science is his passion. He is now president of The Forensic Foundations Group, a consultant, and publishes articles quarterly in Crime Lab Report: Media and public policy analysis for the forensic science community. Last March, Collins also published an article in Forensic Science Policy & Management: An International Journal, and depicted how a utopian forensic crime lab would operate, which he said is quite different than state labs.

“There is a lot of politics that is involved in these cases," said Collins.

"So even if the state police was to really kind of buck the trend, and say, ‘look, these laboratories are scientific organizations, they’re not law firms, okay, and we’re not going to let them become law firms,’ even if they kind of buck that trend, you can bet that there’s going to be some angry prosecutors that are going to call the Governor’s office and complain. It’s like kicking over a bee’s nest.”

FOX 17 reviewed documents with Collins, including the months of emails between MSP Forensic Science directors, scientists, and Attorney General office officials, as well as a recent crime lab report; documents the defense for Max Lorincz, Komorn Law PLLC, obtained through the Freedom of Information Act.

Lorincz, an Ottawa County father, is the defendant whose case FOX 17 has covered since February. Lorincz, a card-carrying patient, is charged with a felony for having a “smear” amount medical marijuana, in the form of Butane Hash Oil.

“An accreditation assessor would have a problem would probably look at this and have a problem with why would you even say anything like this?” Collins said, looking at the crime report’s phrase, “origin unknown.”

After review of Lorincz’s crime lab report, Collins said he is not surprised to see the ambiguous results.

“Even though I don’t know the nature of what occurred within the state police, any time that scientists, or administrators of scientific operations, if they would intentionally try to create ambiguity to create a political advantage is beyond unacceptable,” said Collins.

Collins explained it is appropriate for prosecutors to explain state statutes to crime labs, or what elements constitute a crime. However, he said for any prosecutors or other officials to tamper with science is illegal.

“One thing that we do not do, or should not do, is try to widen the gray area so that we create more ambiguity so that more possibilities are on the table,” said Collins. “That’s not science, that politics.

FOX 17 has received statements from Michigan State Police Public Affairs as well as the Prosecuting Attorneys Association of Michigan regarding these accusations.

Yet their responses appear to be blanket statements. Both agencies defer to the other: MSP public affairs officials wrote that it is up to the prosecutors to charge crimes, and then PAAM president wrote it is up to the crime labs to report science.

FOX 17 has reached out to the Attorney General’s office for comment, and has yet to hear back.

As for the defendant in this case, Max Lorincz told FOX 17 Friday that he wants the prosecutor held accountable. Lorincz also questioned the amount of money that has been spent in court over this case, and asked for justification of his felony charge.

It has been more than 13 months since his 6-year-old son was taken from his home, in part due to this felony charge. Lorincz and his family have started a GoFundMe page to help raise money to continue fighting his case.