$1.2B road funding plan heads to Gov. Snyder for approval 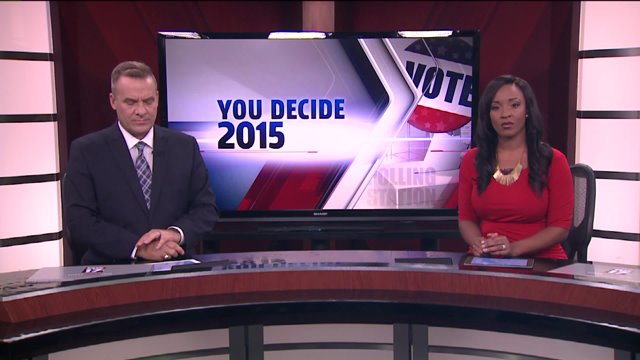 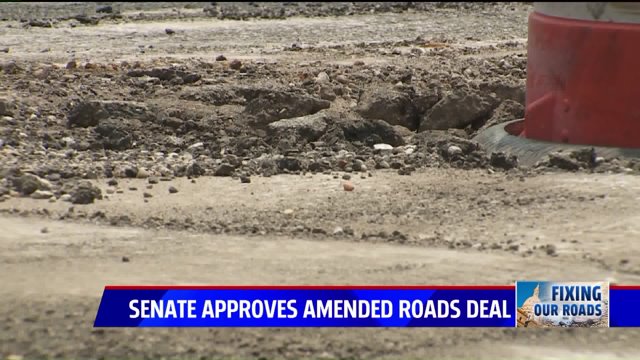 LANSING, Mich. — Nearly 1,500 days ago, Gov. Rick Snyder called on state lawmakers to come up with a plan to invest in roads.  Tuesday, lawmakers in both the House and Senate finally agreed on a plan to raise the necessary $1.2 billion needed to fund road fixes, sending it to Snyder for final approval.

The Michigan House approved the plan late Tuesday night, roughly seven hours after the Senate narrowly passed the deal, sending it on to  Snyder who is expected to sign off.  Governor Snyder spoke about the deal during an 11 p.m. press conference from the capitol and released the following statement:

“The state House and Senate today approved a fiscally responsible, comprehensive transportation plan that provides a long-term solution with new revenue that also provides long-term tax relief. This is the largest investment in Michigan roads and bridges in more than half a century, making them safer for Michiganders long into the future.

“I commend my partners in the Legislature for their resolve and their willingness to compromise. These are difficult decisions. If left unaddressed, our infrastructure problems would have grown more expensive to fix, there would have been greater damage to our vehicles and, more importantly, more drivers left to face unsafe conditions.

“The plan approved today includes new revenue generated by people and businesses using the roads -- including non-residents. It helps with public transportation that is vital for many to get to work and school. And it’s good for our economy, strengthening the network of local, state and federal roads that is vital for all of our job-creators. It also allows us to continue investing in our core priorities that help Michiganders and fuel our state’s comeback.

“This plan also shows people around the country and around the world that Michiganders face our toughest problems and solve them. Preserving our roads and bridges has been a priority, and is another important step we’ve taken to make our state a better place to live and work.”

House Democrats quickly denounced the plan, which they've argued all along will only prolong finding a long-term sustainable plan.

The plan, which passed narrowly in bot chambers, calls for raising the sales tax on gasoline by 7.3 cents, for a total of 26.3 cents per gallon.  Lawmakers also approved a 20 percent increase in vehicle registration fees, reducing it from the original 40 percent increase that had been approved by House lawmakers.

The increases would generate an estimated $600 million in funding for the roads, with $400 million of that coming from the gas tax increase and $200 million from increased vehicle fees. The House plan passed in October did the opposite.

The remaining $600 million will come from the state's existing general fund, which has been a major sticking point for Democrats.

A Homestead Property Tax Credit and an income tax rollback that would begin in 2023 also passed, but the tax rollback would only kick in if Michigan's general fund grows beyond inflation.

A so-called “lock box” provision was also passed, essentially allocating the first $100M a year from new fuel taxes to be placed into a “roads innovation fund.” These funds could only be “unlocked” if a yet-to-be designated task force identifies where the money should go and an ensuing vote from the Legislature approves using the funds. The goal is to promote research into long-term “50 year road fixes."

Votes for the measures passed out of the Senate Tuesday fell down partisan lines.

Senate Minority Leader Jim Ananich, D-Flint, called the plan a "sham" and one Gov. Snyder "should veto," adding he knew how close they were to a bi-partisan deal after sitting in leadership meetings for months."

"It won't fix our roads, it'll raise already high taxes on middle-class families, and robs us of the ability to to invest in our people and our future," Ananich said in a statement. "Michigan residents deserve a better plan."

Earlier in October, bi-partisan talks crumbled after legislative leaders from both parties claimed to have come to an "impasse" over the proposed tax cuts designed to offset proposed increases in the state's vehicle registration fees and gas tax hike.

Democrats continue to argue tax cut talks should only target low-income workers, but beyond that have said could end up draining Michigan of needed funding in other areas like education.

The measures passed by the Senate will now be sent to the House.  The House could vote on the revised plans before the end of the day Tuesday.