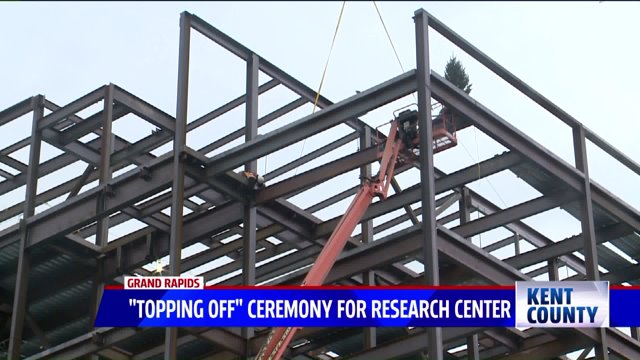 The six-story building will support 260 members of the college's scientific research team and will be a LEED-certified, using 70 less energy than the national average for laboratory buildings.

Researchers at the center will study diseases such as Parkinsons, Alzheimers, and other conditions including autism and genetic and women's health.

It will also support 400 jobs and is expected to bring in $28 million per year to the city.

The center is expected to be done in the fall of 2017.