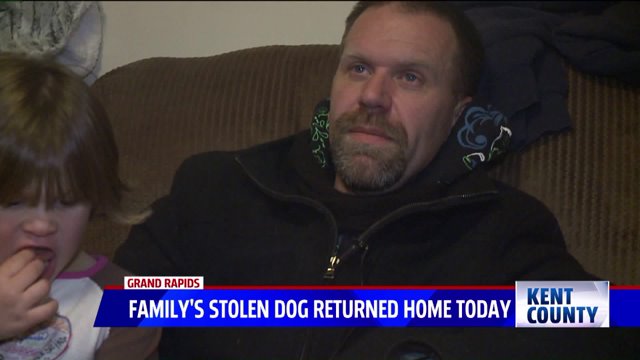 GRAND RAPIDS, Mich-- A West Michigan family is grateful to have their Husky puppy back home after claiming he was stolen over the weekend .

Snowball was  reportedly taken in the 800 block of 11th Street NW in Grand Rapids.  The Kempker family moved to the area from a rental they were living in after a fire destroyed their previous residence in March.

Mary Kempker said Snowball was stolen from the porch on Sunday after she tied him up outside to go to the bathroom.

"When I came to get him he was untied and gone," Kempker said.

On Tuesday, the family told FOX 17 two kids  found Snowball in Harrison Park and returned him to them.

They accepted the $250 reward the family offered.