Habitat for Humanity looking for veterans who need home repair 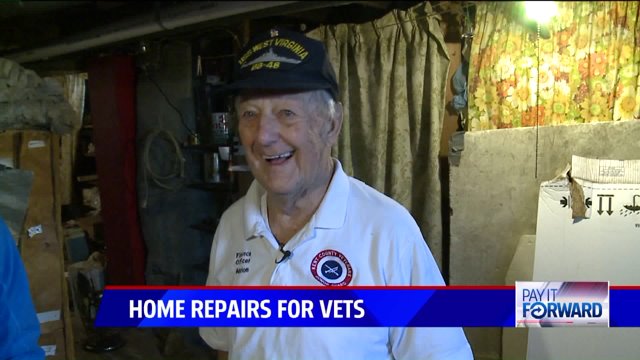 KENT COUNTY, Mich. -- Marion Graff leads an interesting life. He's 93 years old and has lived in the same Grand Rapids home since 1953. Graff is also a World War II veteran who served as a Navy sailor.

"We were on the frontline 211 days," Graff recalled.

These days, he said he still keeps busy. However, there's only so much he can do around the house on his own when it comes to maintenance. He said some of the home's features have been falling apart.

So a friend told him about Habitat for Humanity of Kent County's "Veterans Repair Program". The program helps veterans weatherize and/or beautify their homes. It's been around three years.

Program director Michael Hyacinthe said, "World War II veterans, Vietnam-era veterans, veterans from Iraq and Afghanistan, those who actually own their homes, but their homes are aging. However, many of these individuals are disabled. So their income is very limited."

Hyacinthe said Habitat has a partnership with Home Depot, providing repair services for qualified service members at a greatly reduced cost. He said Graff's total bill was $15,000. So the veteran paid just $4,500. Home Depot covered the rest. Among the repairs, Graff got a new, efficient toilet, several old windows replaced, as well as new doors.

He said he's already been asked about the program. After looking at his heat bill, the World War II veteran has nothing but good things to say.

"It's already made a difference in the billing," Graff said.

If you're interested in finding out more about the program. You can call Habitat for Humanity of Kent County at 616-588-5259. You can also click here.