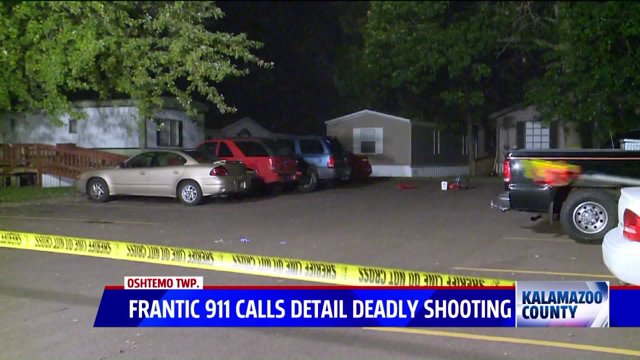 Brandon Groetsema acted in self defense when he shot Bigham on Oct. 6, 2015 at the Woodland Estates mobile home park in Oshtemo Township, according to a release from the prosecutor’s office.

The shooting happened after an altercation between Bigham and his girlfriend, who was at a friend’s mobile home at Woodland Estates.   According to witnesses, Bigham was intoxicated and wanted his girlfriend to come home with him, but she refused to go.

She and a friend tried to get him to leave, but he put up a fight. When they finally got him out, they called 911 and started screaming for neighbors to call 911.

The screaming woke up Groetsema in a nearby home, according to the Kalamazoo County Sheriff’s Office.  He grabbed his gun, ran outside, and found Bigham hiding behind a shed in his neighbor’s yard.

When he told the Bigham to come out, Bigham charged at him, and Groetsema shot him, police said.

“The available evidence in this case supports Mr. Groetsema’s claim of self defense,” a release from the prosecutor’s office says.

Watch FOX 17’s previous report about the 911 calls in this case: