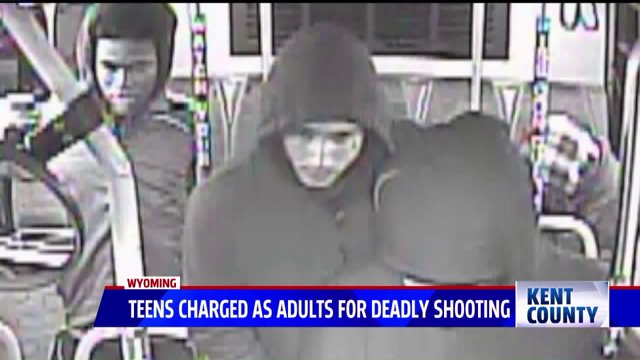 According to the Kent County Prosecutor's Office, Mitchell Savickas, 18, and Daniel Benavides, 16, are both facing felony murder charges in connection with Blue's death.   They are also charged with three counts of armed robbery, carrying a concealed weapon and felony firearms.

A 15-year-old male is facing three counts of armed robbery in connection with the incident.

According to police, Blue was shot and killed late Wednesday night after he and two others exited a Rapid bus on 44th Street at Rhodes Avenue. The three suspects followed them and once they caught up with Blue's group, two of them pulled out handguns and attempted to rob them.  Blue and the others took off running and the other teens opened fire.

Blue was a junior at Kelloggsville High School, according to officials from the district.  He was new to the area this year and had moved from Pennsylvania.

The three suspects were arrested Thursday.