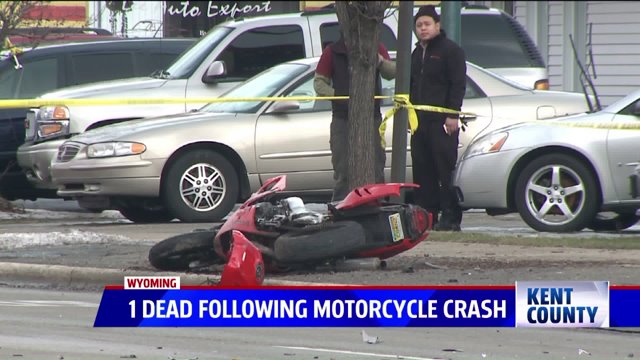 WYOMING, Mich. -- A 30-year-old Wyoming man was killed Monday after his motorcycle collided with a van.

The motorcyclist, identified as Rizk Charles Bsharah, was pronounced dead at the scene, according to police.  No other injuries were reported.

Division Avenue was shut down between 32nd Street and 36th Street while officials investigated the crash.