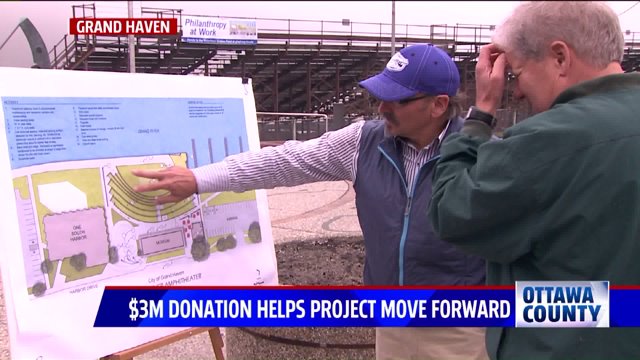 The efforts have started with a surprise $3 million gift from the estate of Lynne Sherwood, a local philanthropist who recently passed away.   "I think it will be beautiful," said Holly Johnson, President of the Grand Haven Area Community Foundation of the new stadium. "And really more important than that, it will serve as a permanent legacy for Lynne for everybody to know the philanthropic footprint that Lynne has made in our community. And also will be a place where families will be able to gather and have a picnic and hang out 365 days out of the year and not just during the times in which we have a program going on at Waterfront Stadium."

The city and foundation are looking for other grants and fundraising to go into the stadium project. They estimate another $1.5 million is needed to build the new stadium, which they hope to break ground on in the Fall of 2017.

The initial plans for the Lynne Sherwood Waterfront Stadium include a volleyball court, a seasonal area for an ice rink in the winter and dancing in the summer, and grass seating for the stadium.