Support for those dealing with postpartum depression 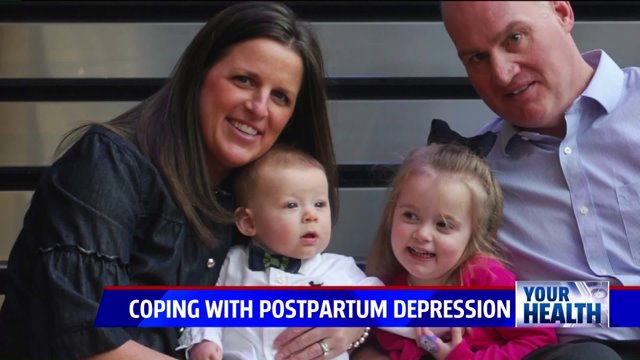 GRAND RAPIDS, Mich-- Having a baby is a dream for many, but for some, the stress that comes with it isn't always so great.

There are thousands of women across the nation dealing with anxiety and depression after giving birth to their children.

Many of them are suffering in silence.

It's called postpartum depression and it's more common than you'd think.

Stacey Figg gave birth to her first child Riley in 2010.

"I believe my postpartum started just after Riley was born. I ended up having an emergency C-section after a lot of hours of laboring and pushing and in my mind that was my first failure as a mother actually," Figg said. "Things just kind of actually went down from there."

Tuesday, Figg told FOX 17 that she experienced her first panic attack the day she took Riley home from the hospital.

For Figg, the anxiety didn't stop there.

"It was really hard for me to accept the fact I was really struggling with motherhood," she said.

She was struggling with postpartum depression. The number one complication of child birth which, according to Spectrum Health, affects 20 percent of women nationwide either during their pregnancies or after their baby is born.

"I just blamed my feelings on exhaustion, hormones, adjusting to having a newborn and I kind of road an emotional roller coaster for the next 10 weeks," she said. "There’s a lot of shame, a lot of guilt that mothers have when struggling [and] you don’t have the energy to reach out."

Ten weeks into being a new mother, Figg finally got help.

"It was somewhere I could come every week and talk about what I was feeling," she said. "It was by far the most therapeutic thing I did."

It's a program Nancy Roberts has led for 23 years.

"What we don’t want to see happen is that she’s suffering in silence," Roberts said. "She’s not enjoying, you know, this time in her life."

According to Roberts, there are four ways to fix it: support, self-care, therapy and low dose medication.

"We want moms to be aware that if they’re not feeling like themselves and if they’re feeling these kind of symptoms they need to speak up," Roberts said.

Speaking up about a stigma that no mom should be ashamed of.

"I wouldn’t change it. Um, was it hard?  Heck yeah it was hard, but you really find who you are in those dark days," Figg said.

Spectrum's support group for Moms with Postpartum Depression is free to all mothers.

They meet every Tuesday at 7:30 p.m. at Spectrum's Healthier Communities building at 665 Seward NW. in Grand Rapids.

As for Stacey, she's doing great. Riley is now six and has a little brother Rowan, who is three and a half.