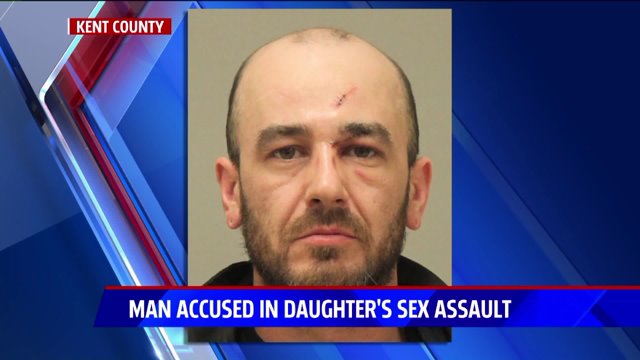 GRAND RAPIDS, Mich. – A Grand Rapids man faces up to life in prison for allegedly sexually assaulting his own foster daughter at their home.

Keith Waters, 37, is being held at the Kent County Jail on a $500,000 bond. He is charged with first and second degree criminal sexual conduct of a girl between the ages of 13 and 15. Waters is also charged as a habitual offender being a convicted felon of maintaining a drug house in 2000.

Ashley Breuker, the best friend of Waters’ wife, who was the girl’s foster mother, told FOX 17 she is learning this may be just the beginning of a disturbing sexual relationship between Waters and the foster daughter.

“To me, it was shocking. It was one of those things where I walked around feeling like I was in the Twilight Zone,” said Breuker.

“She’s just devastated. It’s like her whole life is gone,” she said.

The sexual relationship lasted for at least five months, according to charging documents, between Dec. 22, 2014 through May 1, 2015.

“[Waters] told [his wife] that he couldn’t put a number on how many times it happened, that it was unprotected,” said Breuker. “That, from what she’s saying. It was an everyday thing.”

Breuker said her best friend “had no idea,” until suspicions of an “unhealthy attachment” crept in about her husband of five years about 18 months into fostering the girl. According to Breuker, the foster daughter would storm out of the room or slam doors when her friend showed affection to her husband Waters.

“I was watching my friend, literally just her whole life just ended right there, everything she knew because Keith was the love of her life,” said Breuker.

The love of her friend’s life, Breuker said, shows no remorse.

“He has no remorse at all, none,” said Breuker.

“His exact response was, ‘Well, now that this is out in the open, we can move on and I don’t have to have that in the back of my mind anymore.”

Waters was arrested and charged earlier this week. He will be back in court for his probable cause conference on May 17.

Breuker said the young girl has been in a group foster home since last July.