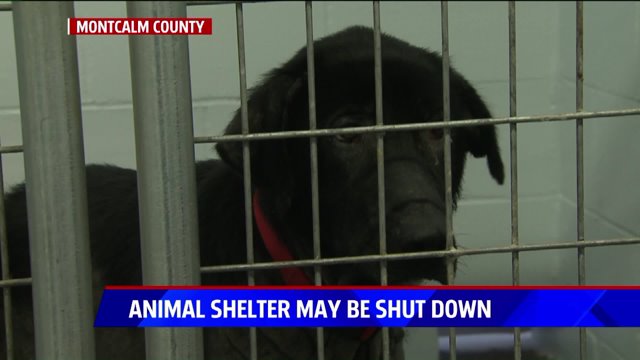 STANTON -- The Montcalm County Finance Committee recently recommended closing the county's animal shelter/animal control facility to help balance their budget. They made the recommendation to the county board of commissioners earlier this week.

County Controller Bob Clingenpeel met with Montcalm County's Animal Control Director this morning to discuss possible alternatives if the facility is closed. "We know that people care about their animals," said Clingenpeel. "We care about our animals. So we're trying to talk about it now as opposed to all of a sudden January 1 we close the door and that's it."

Animal Control Director Angela Hollinshead says they respond to about a thousand animal control complaints per year, including about 200 dog bites. In addition, they provide needed care to stray animals with the eventual goal of bringing them into loving homes. “It’s a shame. It’s a shame that financially it may get to this point," said Hollinshead. "But as the animal control director and a community member and a tax payer, I feel like it’s my responsibility to meet with the county and try to formulate something to put in place that is going to ensure a future with this.”

In addition, up to six county parks could close to help balance the budget. Both the animal shelter closing and the parks closing will come to a vote on May 23rd.