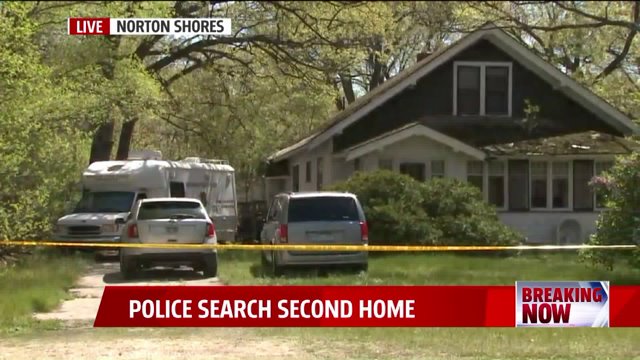 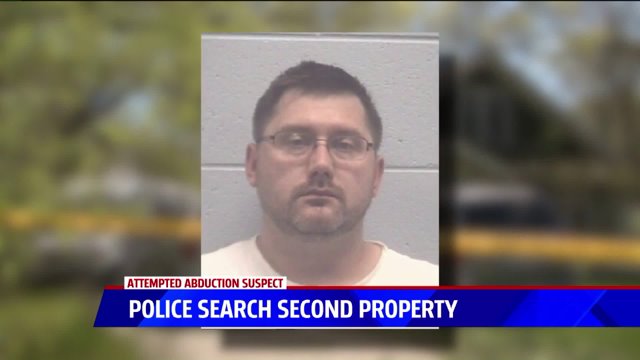 NORTON SHORES, Mich. — Investigators said a tip to the Jessica Heeringa tip line lead them to a second property, an abandoned home, connected to the arrest of a suspect in an attempted abduction Wednesday.

Jeffrey Willis was arrested Tuesday in connection with an attempted abduction of a 16-year-old girl in April.  Investigators searched his home in the 1800 block of S. Sheridan in Muskegon.  Willis was arraigned Wednesday on charges of kidnapping, assault with a dangerous weapon and two counts of felony firearms.

Wednesday morning, investigators were on scene of a second a property in the 3000 block of Bailey Street in Norton Shores.  Property records show the home is owned by Willis' grandfather. Authorities said the entire home was being searched and swabs had been taken from the walls, but most of the home was empty and dilapidated inside and out.

FOX 17 learned the home has been abandoned since Willis' grandfather died in 2011, according to a neighbor who wished to not be identified.

The neighbor told FOX 17 she called a tip line that register tips in in the case of Jessica Heeringa, the Muskegon County mother who went missing three years ago from a Norton Shores gas station.

"I saw his picture on Facebook and I said ‘oh my gosh, I know this guy,'" she said. “He’d come and talk to me and ask where my dad is, or ask if I was alone or what time my dad’s getting out of work. It just kind of weirded me out.”

The neighbor said she had seen Willis, in his silver minivan, who would show up from time to time at the Bailey Street location at odd hours. She said she never saw him carry anything in or out of the home, but that he usually spent time near the garage.

Neighbor says she called the Heeringa tipline after seeing Willis' face on news. Remembered seeing him at this home w that silver van @FOX17

Police spent the better part of the day searching the abandoned Norton Shores property for any evidence that could connect Willis to other open cases in Muskegon County, according to the sheriff.

“Everything is on the table, but nothing has been determined," Sheriff Dean Roesler told reporters Wednesday afternoon.

The Norton Shores Police and the Muskegon County Sheriff said on Tuesday they've been able to find no direct connection to the Heeringa case, or other similar open cases.

“I understand everybody’s looking for that link, everybody wants myself or someone to come out and say ‘yes we have that link, we’ve made that connection,’ but  we have not at this point," Roesler said.

“Certainly it’s in our minds, like it is with all your viewers who are following this. Would it be a great thing if and when we make that link? Absolutely. At this point, we’ve not done that.”

Roesler told reporters Willis had been cooperative with investigators so far, but had not yet been questioned about  Heeringa, or any other case outside of the alleged April abduction attempt. Roesler said he felt 'very confident' with the kidnapping charges issued against Willis in that case.