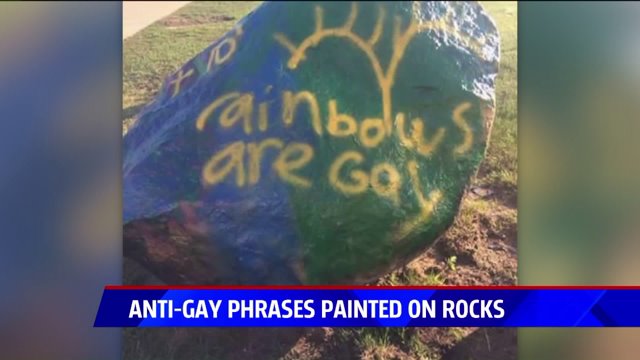 HASTINGS, Mich. – Some community members in Hastings are upset after high school students allegedly painted anti-gay phrases on a prominent rock displayed at the front of the school.

FOX 17 News spoke with a closeted student from Hastings High School.  She says she’s disgusted with what was painted on the rock and how students treat people like her.  She requested to remain anonymous.

“A lot of people were upset because the things they wrote on the rock were not OK," the Hastings student said. "They were mean slurs against gay people."

The slurs on the rock were covered up when it was repainted Friday.  An outraged relative of the student says the hateful words were visible all day Thursday. 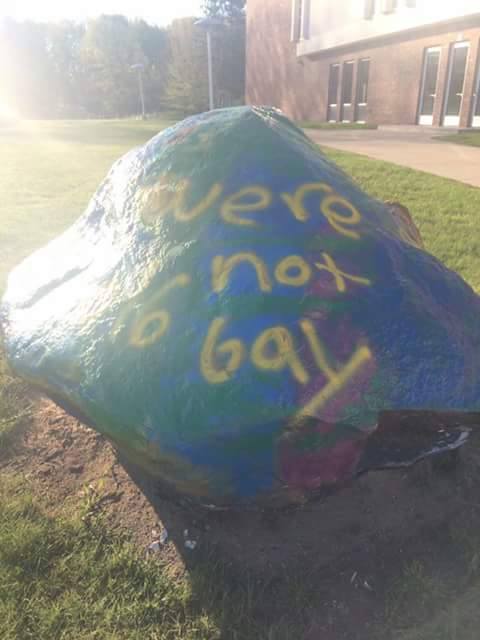 The student we spoke with says she’s concerned with the hazing she sees regularly at the school. The rock graffiti, she says, reinforces her concerns.

“[Being gay is] not something that is highly accepted at that school, I’ve noticed," the student said. "There are others like me but they’re not out and open about it either. If they are, they kind of get messed with.”

She hopes one day all students can be tolerant of everyone, regardless of their sexual orientation.

"Hastings Area Schools does not tolerate these hateful messages or any behavior that symbolizes hate or discrimination toward others for any reason. The rock has been repainted. If students feel they are victimized by any such behavior, they should report it immediately to administration. We have not had reports of homophobic hazing or students feeling unsafe, and again this should be reported immediately to administration."