Man shoots self at Spectrum Butterworth 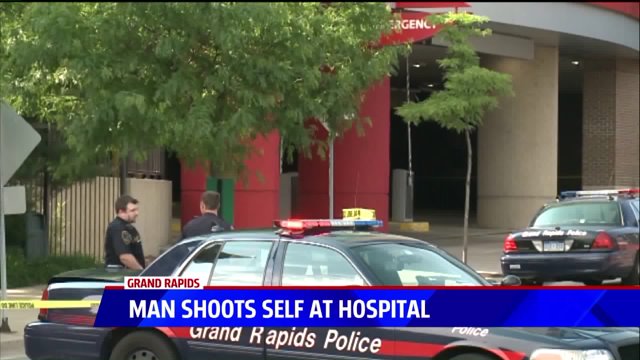 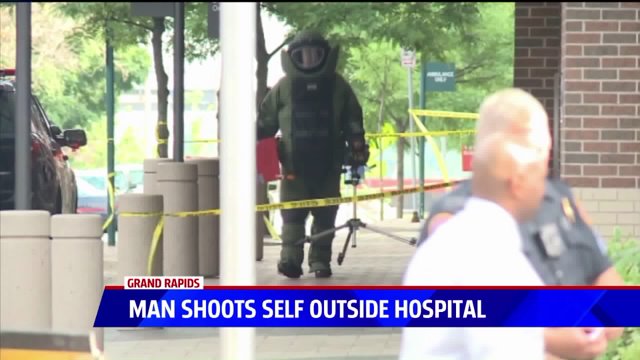 GRAND RAPIDS, Mich. -- Grand Rapids Police say a 26-year-old man is dead after he shot himself in the head Wednesday just outside the Spectrum Butterworth Hospital emergency room.

"The scenario is still running through my head. I cannot get the picture of the guy sitting there pulling the gun out and taking his own life like that," said Damien Donley who witnessed the shooting.

GRPD Sgt. Terry Dixon says the man left behind a suicide note indicating that he had a "parting gift" for police.  We're told a multi-colored backpack was found near the man but it contained nothing harmful.

Dixon said a vehicle linked to the man was later located at the Grand Rapids Community College parking ramp at Fountain Street NE and Ransom Avenue.  He said after searching the vehicle investigators determined there was no threat to the area.

The lockdown on GRCC's campus was lifted as of 8:15 p.m. Students were initially put on lock down and told to shelter in place once the suspicious car was found. GRCC says the man was not a student there, but did work for Follet book store, which is a contracted vendor located on the campus.

The shooting was reported just before 5 p.m.  The area around the ER entrance at Barclay Avenue was blocked off but has since reopened.

The man's name has not been released.