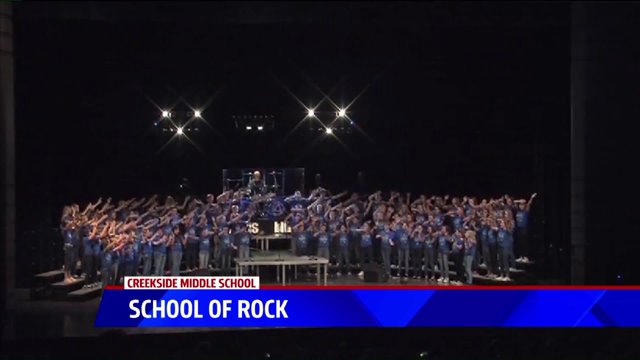 ZEELAND, Mich. -- Middle school choir concerts are rarely the talk of the town, but that is not the case in Zeeland. The Creekside Middle School put on a performance that had the whole town rocking.

It wasn't a typical choir concert. There was no Bach, Beethover or Mozart. Instead the chords of Fall Out Boy, Lynrd Skynrd and Michael Jackson rang out from the 220 middle schoolers.

Their director Jeff Costello has played in rock bands for 30 years and decided that this was the year to combined the two.   The audience loved it.

Oh my goodness, the audience was absolutely blown away. It was so much fun," Costello said Monday.

And, because Costello had to play drums for the band, the entire 220-piece choir did the entire performance without a conductor.