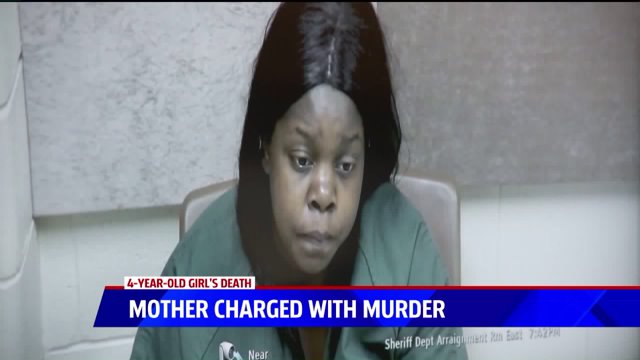 KALAMAZOO, Mich. — A Kalamazoo woman has been charged with killing her 4-year-old daughter.

The charges could send Walker to prison for the rest of her life if she is convicted.

The Kalamazoo County Prosecutor’s office confirmed with FOX 17 in April that Kharisma Richardson was beaten with a belt, punched in the face and chest, and had suffered burns bad enough to blister her hands and feet.

Police said that she admitted to them during an interview that she "whooped" Kharisma at least 10 times the day before she died. Police also said she talked about burning her daughters' feet by putting them in scalding hot water.

"My condolences to her family," said Getting. "It's hard to describe the impact of a case like this. We’ve lost someone in our community without them ever having had an opportunity to contribute."

She was found dead at a home in the 1100 block of Douglas Avenue on March 25th. Police say it was her 4th birthday.