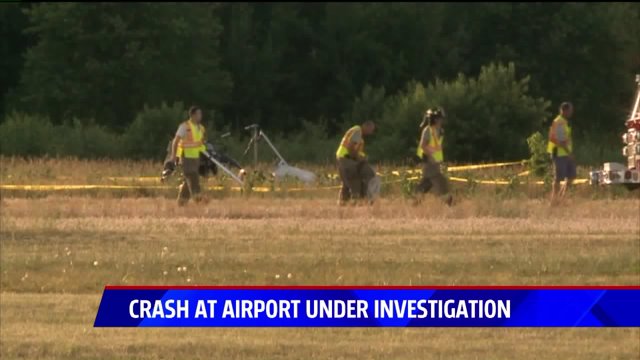 OTTAWA COUNTY, Mich. --  A man was airlifted to the hospital after the small aircraft he was piloting toppled after landing.

Ottawa County deputies say the crash happened around 7:08 p.m. at Park Township Airport on Ottawa Beach Road. An ultralight aircraft was landing when it veered off the runway and rolled into the grass.

Richard Henley, 63, from Holland was piloting the craft and was seriously injured. He was airlifted to the Spectrum Butterworth by Aero Med.

His passenger - and the aircraft's owner - Leland Klink, 71, from Spring Lake suffered only minor injuries and was treated at the scene.

The accident remains under investigation.