Police: North Beach in South Haven evacuated due to violence 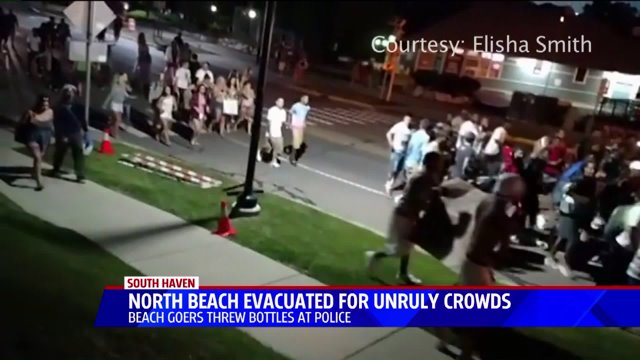 The calls started coming in around 9:30 p.m., shortly before the fireworks show. Police did report people throwing bottles at officers and one witness reported seeing someone get tased.

Investigators on the scene told FOX 17 both officers and beach-goers were injured. Some of the victims were taken to the hospital, but no officers sought medical treatment.

The fireworks show did go on as scheduled.

The crowds were cleared from the beach by 11 p.m.

Sunday evening's incident comes just hours after officers worked in pairs to patrol the beach looking for people breaking the rules including searching for visitors sneaking in alcohol.