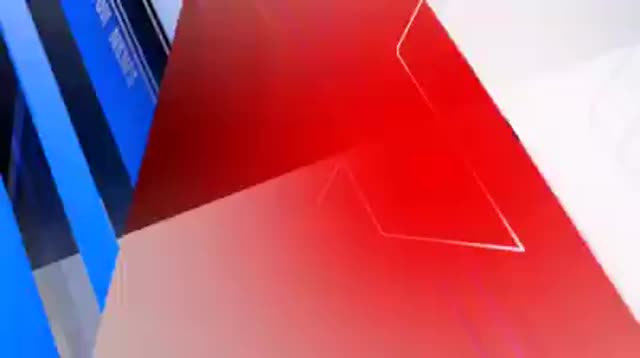 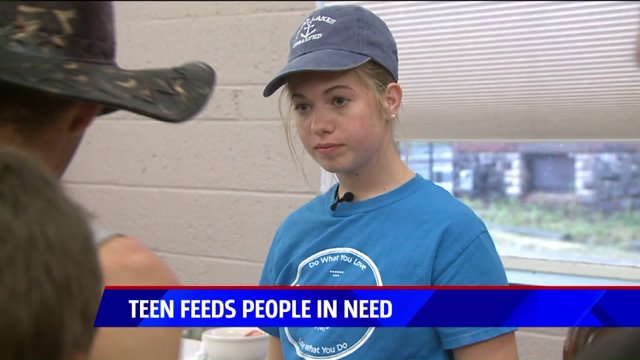 BATTLE CREEK, Mich.— Dozens of people showed up for a dinner hosted by a Marshall teenager and her mentor Tuesday night.

Marshall High School student Hannah Larson, 15, hosted a dinner to feed the hungry in Battle Creek. It was held at St. Thomas Episcopal Church on Van Buren Street, and with help from her mentor Mike Regner, they served dozens of needy people.

“This is a great thing she did,” said Eugene Ware, a senior citizen who came for the dinner.

Then line was out the door of the church for over an hour while people were being served hot dogs, hamburger, baked beans, potato salad, fruit, and cookies.

The dinner was part of a volunteer project she learned about this past year as a student at the Battle Creek Area Math and Science center called the Passion Project.

Larson said she wasn’t expecting the large crowd that showed up for dinner. She volunteers to serve food at the regular free breakfasts that Regner puts on for the community, and said there was double the people Tuesday night that come to those meals.

“It feels really good to see many people so thankful,” said Larson.

She said she came up with idea because she loves cooking and helping people, so she combined the two. Larson says her passion is helping others, and hopes to become a pediatrician one day.

Reminder: You can nominate a FOX 17 Pay It Forward Person of the Month here.