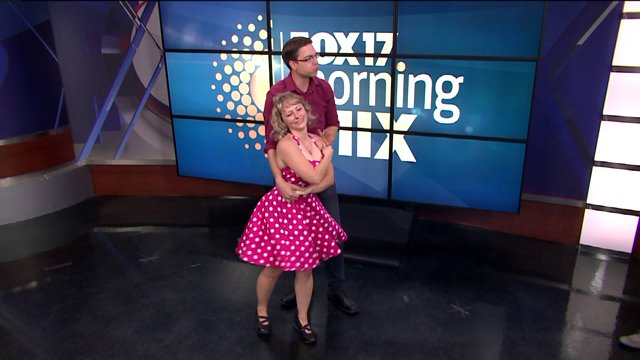 Do you love to swing dance? Do you want to break a world record?

The current record of 1,184 participants, and was achieved by Cowboy Country Swing Club (USA) in Laramie, Wyoming in April 2015. Grand Rapids formerly had the record with 756 people back in 2012.

They need 1200 people to help them break the record! If you don't know how to swing dance, members of the Original Swing Society will teach you everything you need to know.

The dancing will happen at Rosa Parks Circle on Tuesday, July 19.

Basic lessons will start at 7 p.m. followed by an hour of dancing. Then they'll teach everyone a four move dance routine, which will be used to break the dance record.

At 9 p.m., everyone will dance together doing the same moves for five minutes, and hopefully beat the record!