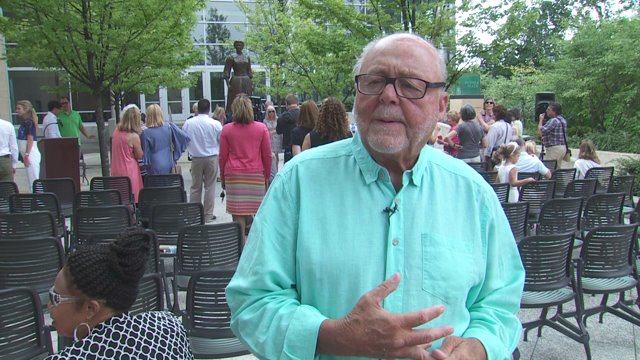 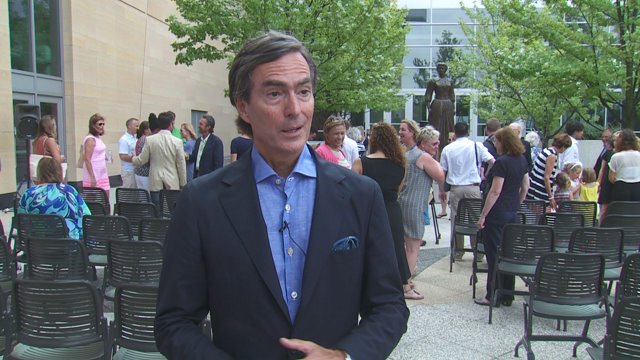 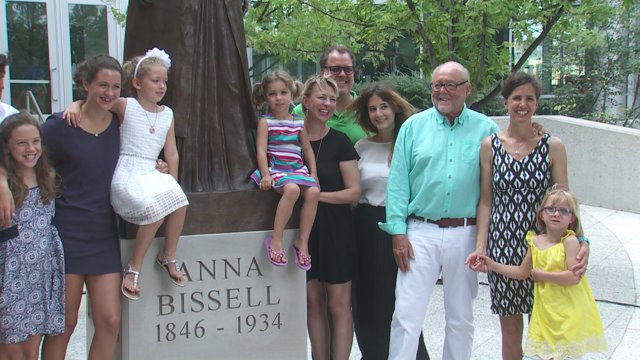 GRAND RAPIDS, Mich. -- The Bissell family joined Grand Rapids city officials and many more Thursday to see the unveiling of a seven-foot statue of the legendary Anna Sutherland Bissell.

The Bissell statue is one of eight statues in the Community Legends of Grand Rapids project series funded by the Peter Secchia family. The project began in 2008 to honor those who have shaped the culture of Grand Rapids.

Anna Bissell was the first female CEO in the United States and by 1899 had led the Bissell company be the largest corporation of its kind in the world of its kind.

It has since been announced that the next sculpture in the series will be of William Alden Smith.  You can now see Bissell's sculpture just outside the DeVos Place Grand Gallery.