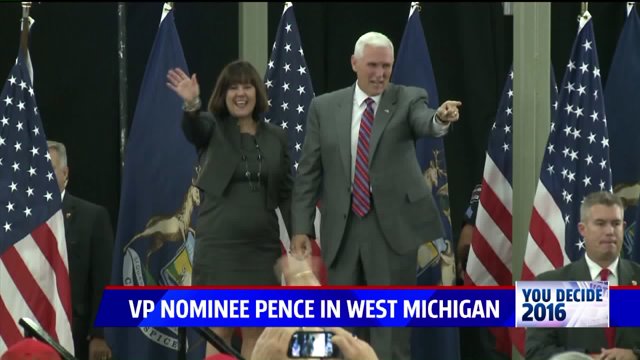 GRAND RAPIDS, Mich. (AP) — Donald Trump's stand on abortion has been inconsistent, but his running mate says Trump would be a "pro-life president."

During a campaign stop at the DeltaPlex Thursday, Pence made it clear he opposes abortion. And the Indiana governor told a town hall rally, "I don't apologize for it."

Pence drew the ire of abortion rights advocates in March after he signed a law banning abortions that were being sought because of fetal genetic defects. That law has since been blocked pending the outcome of a court challenge.

Pence says Trump would appoint conservatives to the Supreme Court who would send the Roe v. Wade abortion ruling to the "ash heap of history."