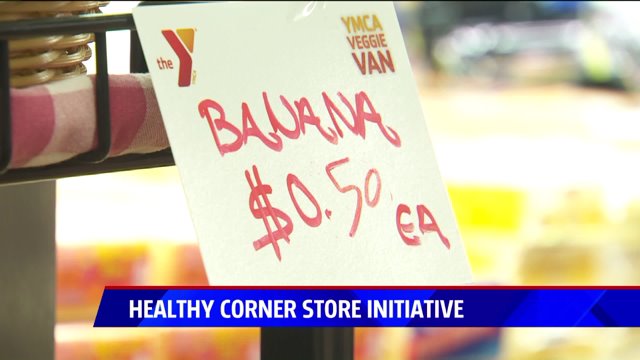 GRAND RAPIDS, Mich. -- Your community may have access to fresh fruits, vegetables and other healthy foods, but the same can't be said for some areas around the state.

But there's a big push in Lansing to change that and make sure under served communities have healthy food options.

Lawmakers are trying to get $6.5 million to make it happen. The goal is to help grocery stores in low income areas to open, renovate, or expand so they can stock fresh, healthy foods.

In Grand Rapids, the YMCA is getting a head start, targeting areas called food deserts where fresh food is hard to find. It's called the YMCA's Healthy Corner Store Initiative.

The program works to connect local farmers to under served areas to supply fresh fruits and veggies to seven urban corner stores in the Grand Rapids area.

"It's helping these communities have more regularly fresh produce," said Eugene Seuing, the community health director at the YMCA of Greater Grand Rapids. "A lot of these communities don’t have Meijer or bigger stores that are going to be located in walking distance from residency."

Those residents are now supplied with healthier and cheaper food at a more convenient location.

Expanding on the concept of the YMCA Veggie Van, a farmers market on wheels, the Healthy Corner Store Initiative is funded through several donors.

The YMCA will be promoting the Healthy Corner Store Initiative on local billboards and bus ads for the next few months.