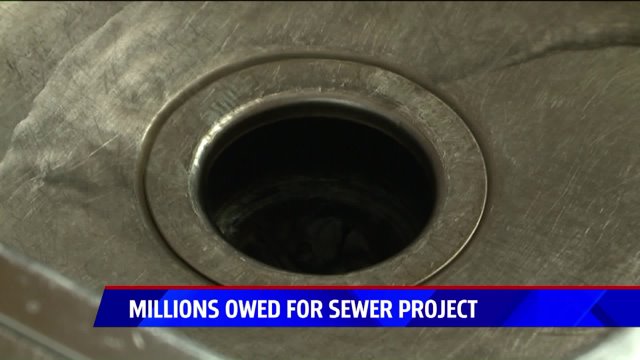 Shaking his head, Bill Grice said it again as he stood beside his home, which overlooks Little Whitefish Lake. Situated in a quiet southwestern corner of Montcalm County, Grice said he began living there full time in the late 1990s.

Grice, like every other homeowner living on the lake, made payments toward a $2 million sewer project that began on the lake in 1997. The project was funded primarily through a $1.2 million bond loan, to be paid by property owners through a 40 year special assessment.

Homeowners were assessed $5,750, which Grice paid in full in 2002. By 2015, roughly 85 percent of homeowners on the lake had paid off their assessments.

But Grice is stuck making payments again, while county officials contend more than $1 million remains on the loan balance.

"I was shocked that there was that kind of a balance left on there,"' he said.

The county and township continue to engage in a unending spitting match over which entity bears ultimate responsibility, while homeowners who believed they were doing the right thing are caught in the middle.

“From the beginning of this topic being raised, I've said I feel for those people who were told they were good [on their payments]," Carr said. "But the math, by everyone’s estimation, was never correct.”

Today, 57 properties on the lake remain vacant, just as they were at the start of the sewer project. But 19 years ago, it was assumed those properties would eventually receive a sewer hookup and contribute to the sewer fund bringing the total number of properties included to 210.

Homeowners' assessments were based on too many properties contributing.

"They [homeowners] owe virtually what they started with because it amounts to, on a 40 year bond, that they were only paying interest, not the principle," said Bob Clingenpeel, Montcalm's county controller who took over the job in May. "It was underfunded and it was overestimated how many additional lots would be sold."

In an August email sent to the president of the Little Whitefish Lake Association, Clingenpeel said the county requested legal counsel "to look into errors and omissions regarding the former drain commissioner."

Clingenpeel said both the county and township bear responsibility and he's committed to working toward an amicable solution, but given the county's current dire financial situation, he doesn't foresee a solution happening soon.

“You'd like to fix this the right way, but it’s too late to do it the right way, that should’ve been done 17 years ago and it wasn’t," he said. "There’s more than one party that failed to do the right thing."

As for Grice, he said he's tired of waiting and wants to see the state get involved.

“I feel the county has definitely done us wrong," he said. "I would like higher powers beyond the county to investigate."